A Midland Red S15 on Townhill? 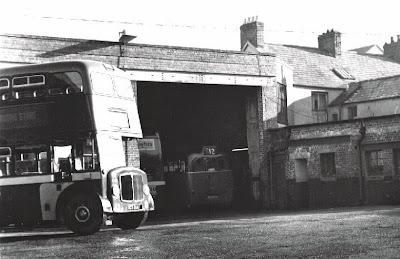 So, did a Midland Red S15 really work to Townhill?

The answer is yes. It has been recorded elsewhere that four S15s were loaned to BET companies as demonstrators when new in 1957/8 as BMMO was contemplating offering the type on general sale. Clearly, SWT was one of those companies and was well known for trialling new designs in the fifties and sixties.

Further evidence comes from the following cutting from the SWT staff magazine, 'Ein Newyddion' of November 1957: 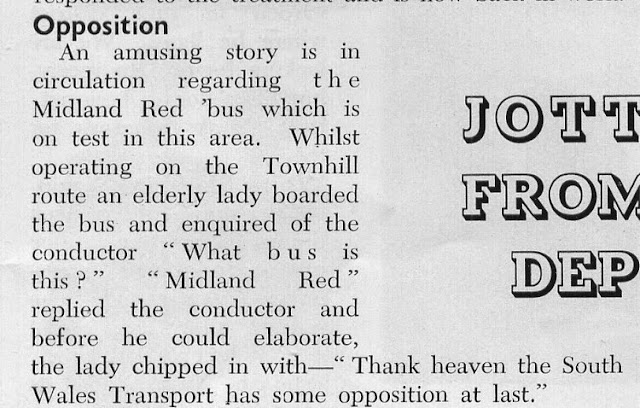