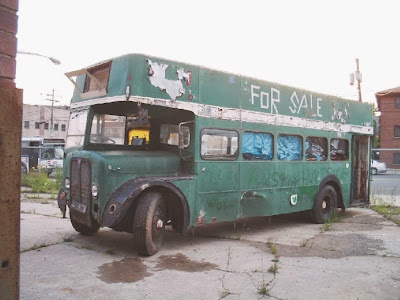 Closer inspection of the photographs revealed that it is the last survivor of fifteen Weymann L30/26RD bodied lowbridge AEC Regent IIIs supplied to South Wales Transport in 1954; (425 - 439 JWN 901 - 915), later renumbered 1174-88. These distinctive vehicles had 'new look' tin fronts, based on a Birmingham City Transport design. 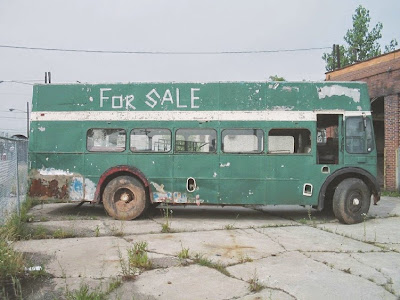 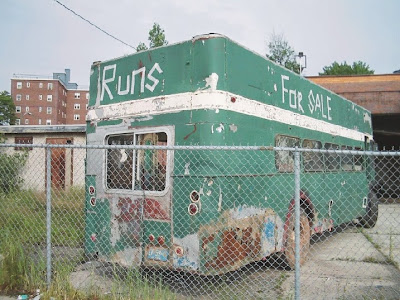 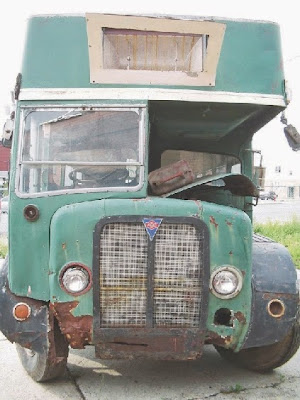 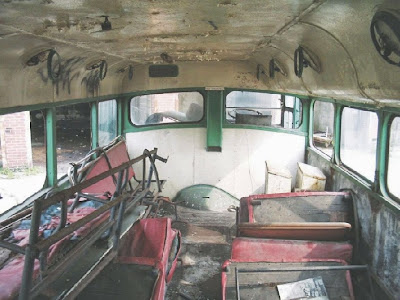 This amazing survivor is former 1181 (JWN 908) which was reported as sold to an owner in New Jersey, USA in 1969 and hadn't been heard of since!

The bus left New York by ship on 16th August, arriving back in the UK approximately 7 days later. The vehicle is now in store at Swansea Bus Museum pending restoration.

Now, thanks to the efforts of Alex Hall in New York, it has been possible for the first time to piece together some of the gaps in 1181's history: 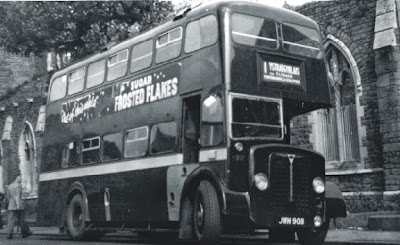 JWN 908 in better days. Photographed at St. Mary's Church, Swansea
when still quite new and displaying its original fleet number, 432.
The bus was allocated to Pontardawe depot for most of its life with SWT
and was used on Swansea Valley services. 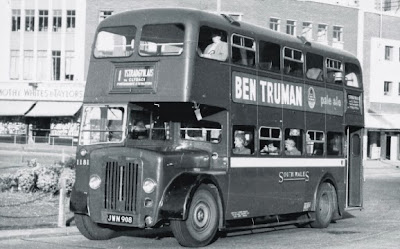 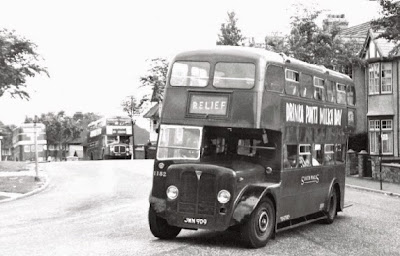 Sister bus 1182 (JWN 909) during its final days with SWT
illustrating the later condition of these vehicles, with a modified radiator grille.

JWN 908 was withdrawn from service in 1965, being sold to Safford & Son, Little Gransden (Cambridgeshire)in December of that year. In December 1968 it passed to dealer Passenger Vehicle Sales at Canvey Island and from there it was exported, being acquired by Nancy Taylor Career Courses, Watchung Avenue, Plainfield, New Jersey, USA by August 1969.

By June 1978 it had passed to Jane Boehmer, General Learning Press, Morristown, New Jersey and then in April 1979 to Eric A Friis, Oak Ridge, New Jersey.

By March 1980 it was in the ownership of Don J. Roe, of Landing, also New Jersey. It was used as a shuttle bus for an Irish bar named Muldoon's Saloon somewhere in the Lake Hopatcong area. It was probably at this time that it was painted green. Latterly it was apparently laid up as an 'eyecatcher' for the bar by the side of Route 10, probably from about 1988 which was when the licence plate expired.

In May 1996 it passed to George Dolan of Gasoline Alley, Kennedy Boulevard, Bayonne, New Jersey. Under this ownership the roof and upper window pillars were removed, the intention was to replace it with a canvas roof. The rear window was also replaced with a larger sliding one. 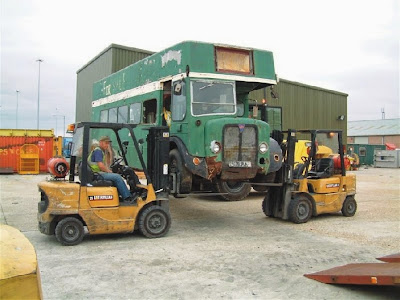 JWN 908 is loaded onto a truck at Southampton
by somewhat unconventional means... 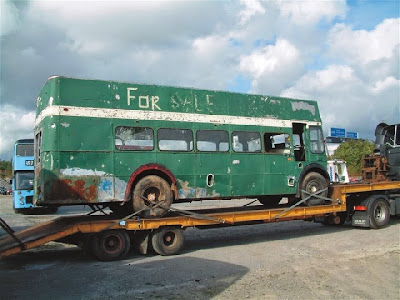